The Theories and lies are flying again. It is Rumored that the Georgia Gunman is supposed to be deeply Religious. Lucefer was an Arc Angel, he sat at God’s Right Hand. Judas Iscariot was One of Jesus Top Deciples. Jim Jones was a Minister who killed 150 of his Followers. Jim and Tammy Baker built a Dynasty from draining the Pockets of thei’r Followers. Jesus said that many would profess his Name. That doesn’t mean that they are Righteous. I went to High School with a Minister’s Son who Pimped his Affections in High School. He had a Dozen Girlfriends all buying him Jewelry and Expensive Gifts for Sex. The Gun Man said he is Religious, I don’t buy it. Fundamental Laws of Religion says thou shalt not kill or Judge. He also stated that he had a Sexual Addiction. Twenty One years old Men rarely is afflicted that way, full of Testosterone maybe. Let me tell you what Sexual Addiction is.

One of my Childhood Friends was so Juiced on Sex, at Seventeen he did a Girl I knew and her Mother. Years later he Got Married, while his Wife was Pregnant he was as busy as a Bee pollinating every Flower he could put to Bed. Before he got Divorced he had a Woman in just about every State and in Canada. However he was just a Boys Scout compared to another young Man I met later on in Life. This Man confined in me that he didn’t know the Names of all his Kids. I was Flabbergasted until he told me that he was Thirty years Old and had Thirty Kids. I am quite sure that he wasn’t done yet. That my Friend is Sexual Addiction. I have said it over and again I am gifted in reading People, Facial Demeanor, Body Language and Words unspoken. This young Man has Issues with People who are not like him, Issues with Society as a whole. His Issues were manipulated by his weak mind. He was a Victim of the New Norm, Divisiveness.

Someone Brainwashed him to believe that Orientals were a  lessor Being and their Lives worthless. Killing them in his Feeble mind was ridding Society of the Evil they represented in his Distorted delusional Mind. Two years ago another likeminded One in South Florida gingerly walked the Hallways of the School he previously attended killing Seventeen of his former Classmates. This is never going to stop, One year earlier in Orlando another Nut walked into a Gay Nightclub and killed over Twenty Partygoers. Gay People in his Mind were the same as the Georgia Shooter’s Mind, worthless and not worthy of Living, he also was supposed to be Religious. Waving the Bible at the Camera doesn’t make you a Believer, with your Divisiveness that makes you a Hypocrite and a Liar. Painting Brushstrokes of Hate and Division is an Abomination on Humanity. Shallowminded, weakminded and Gullible People will follow Lucifer away from God and Righteousness. 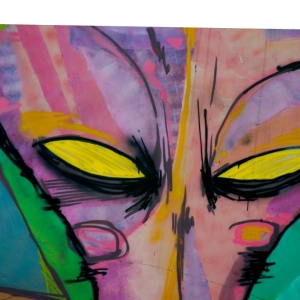 People have been Killing in the name of the Lord for Centuries, thinking that they are helping him Ridding the World of Undesirables. These are bad People who when they are caught with the smoking Gun, they play with the Court appointed Psychiatrist  with the Diminished Capacity Card and avoid severe Punishment. Bleeding Hearts have always allowed Monsters to escape harsh Punishment. Like the Man who Raped and Murdered a Teenage Girl in such a Heinous manner. He was given the Death Sentence, when time came for his Execution the Bleading Hearts Raged a Campaign to save his Life that Jesus didn’t get.

Another One in my Old Hometown of Wilkes Barre Pennsylvania Blocks from where I owned a Home. Mr Banks went on a Killing Rampage killing his own Children and Numerous other People. He also Dodged the Chair with Diminished Capacity. This is what I resent most about the Society I am living in, someone is always trying to sell me a load of Bull. Worst of all Fifty Seven Million People Buys it. We are on a Runaway Train with no Breaks. If the Georgia Gunman had Half a Brain and not Buy into the ” China Flu ” and all the Hate Doctrine Eight Innocent People would still be alive.

Related
Excepts from AOL News
Ten people, including a Boulder police officer, were killed in the shooting.

A suspect, who was injured, is in custody, and there is no ongoing threat to the public, officials said.

Steven said he was so grateful that his family members were safe, and he called for what he termed better gun control laws.

“This has got to stop,” he said. “Every week — every week in the United States there’s a shooting. Now it’s our turn. And that should never be repeated anywhere.”

“You know, every city is susceptible. But there’s a way in which I would think that, ‘Well, this wasn’t going to happen in Boulder,'” he said. “And now we know better.”