Jonbene’t Ramsey was killed in the year 1996. Whoever would want to snuff out this little Princesses Life is an absolute Monster. However there have been many of speculations about her being thrown into a womanly character at Six years old, and that she could have attracted the wrong kind of Admirer. Dressing a Child like a Vixen is just totally wrong. Anyway that is the Motivation for this Blog, being bred to be a Temptress. Women who encourage their little Girls to be overly Seductive as early as twelve years old. My Wife have always Maintained that men are Dogs. In One of my earlier Blogs I wrote One Titled Prudence, when  I worked at the Resort on St Pete Beach. One Day walking down the Road I noticed a Girl Twelve or Thirteen walking with her Mother, her Father and her younger Brother. What struck me about this Family was that the Girl was crying and her Hands covering her Naked Top. Even though we were only One Block from the Beach, its not a topless Beach.

What struck me about the Child was that she had Modesty. Same Place and Time I noticed two Fifteen years old in the Kiddie Pool just about doing it. I Observed their Techniques and know that they were Frisky Reguarly. Yet another Reason for this Blog, overly Seductive, overly Sexy and overly Amorous. Another thing I also think about is one of my Childhood Friends Becoming a Father at Seventeen, and a Fifteen years old Girl pulling a Train on five young Boys, me being Twelve years old, being introduced to Sex. And so they grow up wild and Loose. Two years ago in Tampa a Fifteen years old Girl was Raped and Killed, her Body dumped in the Woods Like Trash. Story told she was always a Runaway who spent the Weekends with Boys or Men. If you put yourself in the line of fire, you will catch stray Bullets, better yet stray Dogs.

So now we go back to priming young Girls to be Seductive. They grow up and takes it to the Workplace. Their Attire leaves nothing for the Imagination. Today in the Courthouse a Plus Size Woman bent over at the Counter to pay her Fines. Her Pantyline smiled at me. Yet if we were in a work Environment,  being a Married Man, If I leered at her Curvatures, I would be an O.D.B.( Old Dirty Bastard) If I was her Boss and I stared to long it would be Sexual Harassment. When she stood up straight her Boobs were popping out of the Excessively tight Dress. In my Mind , She has been Twerking since Twelve.

Put her in a Business Suit Two Sizes too small with a Skirt Eight inches above the Knee and the Natives become restless. I have been Married since working at Solomon Brothers 1980. I have had Managing Director’s Mistress throw themselves at me. Women who were set-up in a Five Thousand Dollars a Month Apartment. They were College Educated, but chose to use their Wares, instead of their Minds. Then there were the ones who used their Minds and got nowhere. They ran the Back office skillfully, while their Boss got The Credits and the Rewards. 1980 there were no Female Managing Directors on Wall St.The Only thing that kept me straight was having a Wife who I knew would throw me out on the Street, with no Shoes on my Feet, also being fired from Solomon.

Workplace Romances were only tolerated with Managing Directors. Among the Ranks, you are Fired. Being Married for Forty One years, if you called me a Girlwatcher, I wouldn’t be Offended. That’s how you stay Married for Forty One years. You look but don’t touch you look but don’t Leer or Drool. You keep your Comments to yourself. You think about the Consequences of a Divorce for a Moment’s Pleasure. All this falls under the Heading of Intellectual Intelligence . 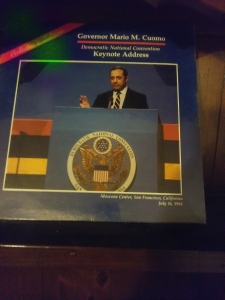 Having Empathy for other People’s feelings and being Jurisprudence with your Emotions and Behavior. Being able to hold your Tongue and Thoughts, whether mad or glad happy. Intellectual Intelligence separates us from the Stray Cats and Dogs in the Alley. I love Mario Cuomo, I remember his Sons growing up and getting into the News for their Indiscretions. Now they are all grown up. As my Mother always said ” You’ve made your Bed, now lay in it. After all that I have said coming up to this point, I hope some young Man comes away with what I am not saying. Like Phil said ” Shut your Mouth, keep your Hands on the Wheel”, while the Female Artist cooed ” I like a Man with slow Hands”. Even better yet ” Don’t hand me no lines and keep your Hands to yourself” Well there you have it I have said my Peace, as Subtlety as possible. You can’t have a Show with no Audience and you can’t go touching the Tomatoes without buying, Oui La La La.

This is what he stands for he is by no way an American, nor his Followers.

Does anyone else noticed that they are all Hillbillies? 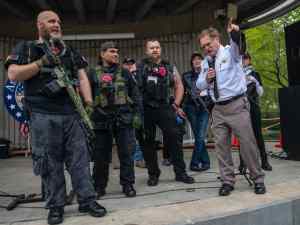 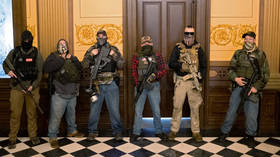 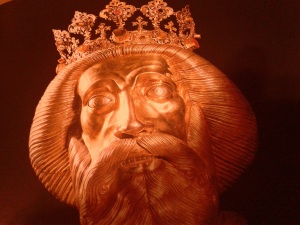 In the land of the blind, the one-eyed man is king

A similar (yet much earlier, dating to the 4th or 5th century CE) turn of phrase, and Erasmus’ possible inspiration, appears in the Genesis Rabbah as “בשוק סמייא צווחין לעווירא סגי נהור”, meaning “In the street of the blind, the one-eyed man is called the Guiding Light”.

Are we getting smarter, or just more dependent? “I fear the day when the technology overlaps with our humanity. The world will only have a generation of idiots.” Albert Einstein

I think I’ve said too much

We walk not only by Sight but also by Faith

Not because that I wander means that I am lost 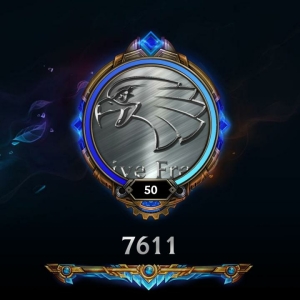 Keeping your Ears close to the Ground you can hear footsteps of Celestial Beings. Walking in thei’r footsteps will make your Soul Soar into the wild Blue yonder – A.D.

Meaning – If you keep or have your ear to the ground, you make sure that you find out about the things that people are doing or saying.

‘How to Be Happy’

1. Make up your mind to be happy. Learn to find pleasure in simple things.

2. Make the best of your circumstances. No one has everything, and everyone has something of sorrow intermingled with gladness of life. The trick is to make the laughter outweigh the tears.

3. Don’t take yourself too seriously. Don’t think that somehow you should be protected from misfortune that befalls other people.

4. You can’t please everybody. Don’t let criticism worry you.

5. Don’t let your neighbor set your standards. Be yourself.

6. Do the things you enjoy doing but stay outof debt.

7. Never borrow trouble. Imaginary things are harder to bear than real ones.

8. Since hate poisons the soul, do not cherish jealousy, enmity, grudges. Avoid people who make you unhappy.

9. Have many interests. If you can’t travel, read about new places.

10. Don’t hold post-mortems. Don’t spend your time brooding over sorrows or mistakes. Don’t be one who never gets over things.

11. Do what you can for those less fortunate than yourself.

12. Keep busy at something. A busy person never has time to be unhappy.’