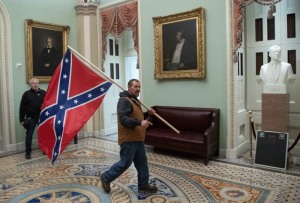 During the late Sixties and early Seventies there were a large amount of Migrants in America. They were Americans leaving thei’r Homes for Canada and Latin America. They were young Men who turned Eighteen and was now Eligible to be drafted into the U.S. Army. The U.S. Army was getting a Lesson in Vietnam, fighting in an unconventional Warfare. Guerilla Warfare is when you don’t know who are the Enemy and who are the People you are supposed to protect. Pretty much the way that Americans are heading today. The Casualties were more than the Government was reporting, the need for replacements were great.

Yet young Americans refused to wear the Uniform. Draft Dodger was a dirty and unpatriotic word. Yet many young Americans were crossing Borders to escape the Draft. 1973 Israel was fighting a War with Three Arab Countries Simultaneously. For a while it appeared that America’s help was needed in the Middle East. With Israel’s Resilience no Troops were Deployed. The World was Burning. Just Ten years earlier the Threat of Nuclear War came close to Reality. The Missile Scare, lasted 1 month, 4 days (16 October – 20 November 1962) confrontation between the United States and the Soviet Union which escalated into an international crisis when American deployments of missiles in Italy and Turkey were matched by Soviet deployments of similar ballistic missiles in Cuba, Ninety miles from Miami.

The confrontation is often considered the closest the Cold War came to escalating into a full-scale nuclear war. The Cold War put America and Russia in deep Freeze. All through my Teenage life, my Biggest Fear was that America could become another Hiroshima. The Streets of America was congested with Protesters every Day, Blacks and Whites for different Objectives. Blacks wanted Equality, Whites wanted thei’r young Men out of Vietnam.To say that America was in Turmoil would be a Huge Understatement. I never thought that I would live to see the Land of the Free in such Turmoil as it is Today. Back then there was a Huge Threat from Sleepers ( Russians living in America waiting for Orders).

Today the Sleepers are Americans, they are Extremists working in the Government ( 150 Lawmakers tried to overturn an Election). They are Serviceman wearing Uniforms that my Tax Dollars paid for. They are Police Officers who are supposed to protect me. They are my Neighbors Two Thousand strong who stormed the Capitol looking for the Speaker of the House and the Vice President. Among the overall Ten Thousand strong many came to do Battle, they were well Armed. Many were Retired Servicemen and Women trained in Tactical Warfare, the Woman who was shot and killed was One. They were awaiting Orders that never came. If the Order was given, the small Contingent of Capitol Police would have been no Match.

All Government Employees in the Capitol would have been killed. My Wife was a Federal Employee for Twenty Five years. On January Sixth My Body was Numb with Fear for the People cowering in the Basement of the Capitol. On Nine Eleven the same Numbness covered me, thinking of the Nine Hundred fellow Coworkers working for Solomon Brothers in the World Trade Towers. Is this my America or did I fell asleep and woke up in the Middle East. Today I have a New Fear, not for myself, but for the Eighth years old living in America today. I ask myself, from what they are Witnessing today, how is it shaping thei’r Social Values. How safe will they be, Twenty five years from now, living in Beirut U.S.A. in the year 1972. 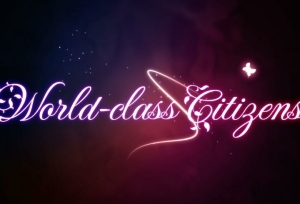 Going to work and your Bus Explodes, Eating Alfresco and Thugs drive by and spray Bullets. This is how Extremists work. Today Americans are fair Game for Radicalization on both sides of the Fence. If a Civil War breaks out in America, that would only Embolden Russia and China to fulfill a lifelong ambition of flying their Flags over the Capitol. Divide and Conquer is a Tool used by the Greatest Conquerors of the World. This is Sixty Eight years of learning talking to you. You need to get rid of all the Bullshit Conspiracies and all the Extremism that is weakening this Democracy. Parting Words, all the Great Empires of the World have fallen, the African, the Egyptian, the Aztecs, the Roman the Ming Dynasty. Are we approaching the fall of America?.  I was only Fifteen years old in 1969, it was all the Bullshit that was going on that Dissuade me from Higher Learning, thinking that it was only a Capitalist Tool. Today the Future of the Fifteen years old out of School watching Television all Day is in your Hands and the way you vote, the next time you select a President.