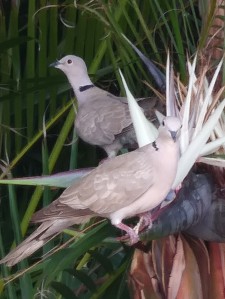 Today I was reading where Republicans in Government are Discombobulated and in Discord and Disarray, because they are afraid of getting a poison Tweet from the Tweeter. Einstein said that he was afraid that Technology would create a Generation of Idiots. The sad reality, it has come to past. Tweets have surpassed meaningful Conversations. Six years ago I joined several Social Networks. My Reasoning was that Social Media is a Powerful Communication Medium. Matter of Fact it was very instrumental of me starting Blogging. I quickly learned that most of the People Posting on Social Media, were by absolute Idiots and totally Selfie driven People, looking for Ten Seconds of Fame. Many of these Posting were totally Offensive and dehumanizing. When they opened their Mouths thei’r lack of Intelligence personified. I quickly learned that Illiteracy was an Epidemic, to further spread thei’r Illiteracy they developed a new Language. 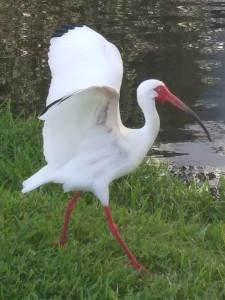 If you’ve been observing social media conversations, you might have come across a ton of lingo or acronyms that take you a while to figure out. Social media acronyms like Lol, TFW, TBH and LMK get thrown around very casually in comments, captions and conversations between people. Acronyms are ok but why should you perplex your Readers. Some go further by Abbreviating misspelled words, a Friend of mine paraphrased this type of Communication as ” Bad Chatting” which in its self is what I have been trying to highlight about Social Media. With that being said, why would any Intelligent Lifeforms allow themselves to become Inundated with Pigeon Psychology.

Pigeon Language is a Primitive form of Communication. That is what a lot of Social Media Postings and Tweets amounts to. A wise Man once Enlightened me by telling me,  that if you are walking down the Street and someone is following you calling you all kind of Vile names. The only time that you are whatever he is calling you, is when you stop and look back and Acknowledge him and asked him ” Are you talking to me” . I take it one step further, when he gets close to you and taps you on the Shoulder, it’s time to defend yourself. With all of that being said, if you consider yourself to be an Intelligent Person, why would you Read Idiot Tweets, better yet giving them Creditability by believing and re-tweeting them.

A Generation of Idiots, how could Einstein be so Enlightened to have Foreseen this Generation before There were any Internet. The answer is simple, some of us possess an Intuitive, Inquisitive and Rational Mind, without one Education is only Programming. Which makes it all the more easier to spread Propaganda and half Baked Truths and Grandiose. grandiosity refers to an unrealistic sense of superiority, characterized by a sustained view of one’s self as better than other people, which is expressed by disdainfully viewing them as inferior; and refers to a sense of personal uniqueness, the belief that few other people have anything in common with oneself, and that one can only be understood by a few, very special people. The personality trait of grandiosity is principally associated with narcissistic personality disorder (NPD), but also is a feature in the occurrence and expression of antisocial personality disorder.

I am sorry my Friend but Sixty Eight years of living on this Earth have Educated me far beyond Four years of sitting in a Classroom listening to a Professor indoctrinating me with his own personal Ideologies of how Governments should be run. I have had enough Teachers, from Marie Antoinette and Louis, Nero,  Ferdinand Marcos and Fidel Castro to learn what happens to People who allows themselves to be Duped. Spirituality comes from God, Religion is Manmade, so are Governments, both are Susceptible of Corruption. Tweeting is no way to run an Administration. I have always believed that People who sent Texts instead of Verbal Communication were Ingenuine and Masks their true Feelings. Tweeting and Texting is for Email Marketing and Internet Scammers. The People who Entertain them allows themselves to be Taken. When it comes to contracting the Virus, I am antisocial. When it comes to Malicious Tweets, I am antisocial. This Blog is Dedicated to My English Literature Teacher who Prodded me for Two years to tell her ” What is the Author not saying” thank you, I can read the Tweets. Finally Life is Bigger than you or I and no matter what you do, I wouldn’t want to be like you.