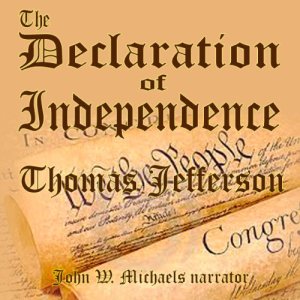 Drove my Chevy to the levee, but the levee was dry

Singin’, “This’ll be the day that I die”

These Verses from Bye Bye Miss American Pie says so much about so many different Scenarios. But most importantly, unbeknownst to Don McLean, He foresaw. The Most desperate Nov 3rd in the History of American Democracy. This was the Day American Democracy took the beating of her Life, by those most trusted with her Safeguards. I have known a lot of selfish People in my Lifetime. Yet none so selfish as those who would trample on the high Ideals of Democracy for personal Gains.

But worse are the People who chants ” Make America Great” they are Accessories to the Travesty. Those not directly involved in the Marauding, are equally guilty. The Bible says that we are Guilty by Thought Deed and Action, I will add Inaction and Blind Loyalty, undeserving. God I Love this Writing Business, I feel like I am Exercising my Freedom of Speech while being Judicious of wrongdoing. Yet I’m not being Judgemental, The Guilty Ones have Convicted Themselves with Deceit and Deception. This is the Story of the Pied Piper all over again, hopping on an Inglorious Train of Betrayal of our Democracy.

I know that I’m being Krass and unmercyful. But you brought out the Poison Pen. In a Court of Law, Ignorance is no Defense. For Four years the Atmosphere has been Fowled with the Air of Wrongdoings, while we danced to the Flute. If it smells like Fish, that isn’t Ignorance, that is Complicity. To bring all the Guilty Parties to Justice would Bankrupt the Economy. I use Albert’s Words like a Candle in the Dark, The intuitive mind is a sacred gift and the rational mind is a faithful servant. We have created a society that honors the servant and has forgotten the gift. ~ Albert Einstein. I am Done beating a Dead Horse. With some People, you can perform Lobotomy and you are not going to change thei’r Thinking and Behavior. So Bye Bye Miss American Pie.

P.S. “A Strong King will Forgo his Throne and Colonies to prevent Wars and Demoralizing his Kingdom” *A Dixon