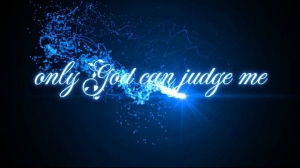 That’s Me in The Corner

In the year Nineteen Seventy Crosby Stills  Nash and Young Released a Song called Southern Man. It was a call for Social Changes in America. A couple of Verses went, ” Southern Man better dig your Head, Don’t forget what the good Book said. I seen your Black Man coming round, swear by God I’m gonna cut him down. Not long after the Allman Brothers released Down to the Whipping Post. Jefferson Airplane Hollered about Wooden Ships. These were American Kids using Music to Plea to the Blackheartedness of America’s unwillingness to do the right thing. Release the Negro from under your Thumb.

Just around the same time the Diehard Rebel Band came up with Sweet Home Alabama. I guess they were Proud of the way Governor Lester Maddox and the National Guard Swarm down on  Martin Luther King on the Selma Bridge and beat him down, If I am not mistaken they killed a few peaceful Marchers singing Religious songs. Walking hand in hand with Hippies and embracing Dr King’s Ideologies have cured me of the Hate Virus. The only time I encounter the Emotions of Hate is when people drag me down to thei’r level and forces me to be Brutally Frank. ” Never wrestle with Ignorant People, they will only drag you down to thei’r level and beat you with Experience”. When that happens you let the Minion out of the Bottle, and it doesn’t want to go back in.

I don’t remember the name of the Group that asked the Question ” How long has this been going on”. As you can see this is beginning to look like something Institutionalized and is as natural as American Pie and Baseball. From Nineteen Seventy- Two  Thousand Twenty I am looking into the Soul of America and all I see is the Vehement stand it takes on Hate . will someone work with me here and fill in the end Date. 1970 I was sixteen I am now sixty seven ” yes that’s me in the Corner, yes I am losing my Religion, and I hate you for undoing my Mother’s hard work to save my Soul. She told me that we were all God’s Children, and I Believed her. Now you have me Questioning her Truthfulness.

Why should I not feel this way waiting fifty three years for something that is never going to happen in my Lifetime, Equality and Justice, they are both words of Propaganda with no Constitutional meaning or Value. Just around the same Time America placed Sanctions on P.W. Bota’s South Africa for the Mailinging  its Black Citizens. What Hypocrisy, ” you shouldn’t throw Stones”. When they pilled Stones on Jesus there were Christians among the Romans, it was a Christian who gave him to the Romans. Today the Evangelical Community supports far Right, does that mean that they support Systemic Racism. Do you really want to know what unhinged the Bitch? Glad you asked, a Black District Attorney protecting Cops who forget that they are Peace Officers and not Storm Troopers involved in a cover-up.

Nappyhead Rappers with a couple of Bucks who think that Fame brings Intelligence, overstepping their Capacities. Thinking that they are Spokesmen. Harriet Tubman spoke about them, ” I freed a Thousand Slaves, I could have freed a Thousand more if only they knew they were Slaves” This is not me, my Mother a Devout Christian told me that I should Kill my Enemies with Kindness, but my Cup Runeth Over with all this Hate that will never go away and Black Lives Matter Rhetoric. Tupac said that it was you doing all the Killing ( Black on Black) his Death gave Creditability to his Words. Now you want me to March with people who are going to throw the first Stones that are going to be met by Bullets, think again. I’ll tell you what Matters, the way Black People treat each other.

Nineteen Seventy Three, Here I am working in the Mailroom of an American Conglomerate, my Immediate Supervisor, Black like me with an Irish Last Name, telling me that I didn’t belong there, that I belonged on the Street with my Hoodlum Brothers. You need to Free your Mind before you can move forward. The way White People Hate Black People, the way Jews Arabs Muslims and Christians Hate each other. That’s what Matters. Give me a Break you are all Sick with The Hate Virus, I have strong Antibodies to you all. I have had Friends in every Race, we judge each Other on individual Merits, not from what Society says. Remember the Words all God’s Children, you Idiots need to get over yourselves and remember what the Good Book Says. ” Do onto Others as you would have them do to you”. I will end this Tirade with a message of Love.

Two Thousand and Nine I took a Job in a Nursing Home. The Facility had one Hundred and twenty three Beds, one belonged to a Black Resident, the Staff one Hundred percent White. Many of the Jobs that I have had in my work Life I was the first, including this one. In just about all of them I was the Torchbearer for Excellence. Mother told me, ” Whatever job you do, be the Best, go the extra Mile. They may never accept you but they will Respect you for the Job you do. From Day One working in this Nursing Home I knew that this was the Challenge of a Lifetime. I embraced the Challenge boldly. I took the Residents on one by one, many had never had any interaction with a Black Person before.

Now I had the Opportunity to put Mother’s teaching to the test. Knowing that many were in thei’r last Days I showered them all with Love, Kindness and Respect. I became their Watchdog, scoping out Abuse and Neglect. That gave the Staff another reason to Hate me other being Black. Coworkers told me that they called me Nigger behind my Back, never in my Face fearing that I would go Postal. I grew Extremely Tight with some of the Residents. Liz was an Irish Woman in her eighties, who had never had any interaction with a Black Person. We Adopted each other, the love we had for each other made my Mother Jealous, asking me how many Mothers do I have. Nell was a Polish Woman, I think that she loved me Best, I called her Chachi, she called me Chachi ( Grandmother- Grandfather) she told me that I was too wise for my age. When I told the Residents that I was Moving to Florida I took years from thei’r Lives with sadness. It was Jubilation for the Staff. The Oddest thing that ever happened to me in my Life, One Month after Leaving Pennsylvania, now living in Florida. One Day I received a Manila Envelope in the Mail, in it was a Plaque, On it were the Words Employee of the Month along with a Check. I was Blown away, Mom was right, they may never accept you, but they will Respect you for the Job you do. “This one goes out to the ones I love, this one goes out to the ones I left behind”- R.E.M. Parting Words belongs to Tom Petty ” Don’t want to Live like a Refugee”