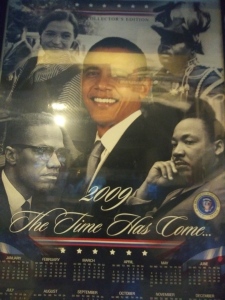 When I moved to Florida I needed something to do to supplement my Income, so I took a Job working in a Resort. Being a People Person, I thought that working in the Consigliere Dept as a flunkie for the Guests would be the Ideal spot for me. While there I met some very nice People and some not so nice ones. With thei’r permissions and requests I wrote about three of them. One sent me an Email and told me that they were overcome with Tears of Joy for what I wrote about thei’r eight years old Daughter, that she would evolve into a World Class Citizen with Leadership quality. I also stated that her Parents work shined through her Mannerisms. These are the kind of People I live my entire Life to meet.

They had thei’r own Business back Home, but they were down to Earth People nontheless. The others you could put in a Barrel and roll them over Niagara Falls. For instance one Guest who asked me if it is necessary for the Staff to use the same Elevator with the Guests. She was a Repugnant Women with a few Bucks, I looked better, dressed better and smelled better  than the old Haig of forty five with wrinkles becoming of a Sailor who has been at Sea for too long. Her Mentality was still back in 1913 when Old Black Women and Pregnant Black Women gave their Seat to young White Men. I have endured Ignoramus Amebas Like that for fifty three years and said not a word. The Silence has given me an Ulcer in my Stomach that gets worse each year. This is my last Blog on the Subject, because one Hand clapping is an exercise in futility. 1968 I watched Dr King and John Lewis got sprayed with water Cannons, chased by Dogs and beaten with Clubs by Gestapos, all for exercising their Constitutional Rights. I rest my Case.

Like Niel Young and Phil Collins said, ” keep on rocking in a Free World” why? ” It’s just another Day in Paradise for you and me”.

I don’t know if it’s because my Mentor was a deeply Religious Christian Woman I called Mother, or I am just Gullible. Regardless, I believe just about everything that I have read in the Bible. It says that God made man in his own Image, it didn’t say he made White Man, it didn’t say he made Black Man or for that matter ( There is that Word again Matter) neither did it say he made a variety of Men. So why is all our Rainbow of Colors the major Driving force in how we Perceive and treat each other. If you ask me such Ideologies are nothing short of Dimwittedness.

Scholars, Theologians and So called Godfearing People hold these Idiocrincies as a Roadmap for living thei’r Lives. Religion was created by Man, Mankind has been Flawed since the Garden of Eden and the first Murder by Cain. Spiritually is God given, I choose to follow the latter being someone who holds the Ten Commandments as the Laws of Life, the Laws to Live by. I am my Brother’s Keeper. I was only seventeen when I first practiced that Ideology. I was Working full-time for a Fast Food Chain in NYC while still in High School. I was the Closer, my responsibilities included counting and securing the Money, cleaning the Restaurant and disposing of whatever food that wasn’t sold. In those Days it appeared that all the Homeless People in New York lived Downtown Manhattan.

I started a procedure of Humanely disposing of the Food that wasn’t sold. I would find a Lid from a Box, lined it with Aluminum Foil and put the Food that was supposed to be thrown into the Dumpster, placed it on top of a Garbage Can. To the Wretched Indigent Population around the 14th street area, I was Godsent. To my Boss I was an Idiot who encouraged them to Loiter around the Restaurant, I was apprehended and fired. My only regret was that whoever replaced me wouldn’t follow me footsteps. Years later I Learned that I.R.S. gave Tax Credit if the Food is thrown into the Dumpster, no Credit if if is given away. Talking about user Friendly.  Fifty years later I see no change in the way Society showed Empathy for the Indigent.

The last Church that my Feet crossed The Threshold is the motivation for this Blog. The Neighborhood where I Live is ninety percent White, there are no Black Churches. Yearning to hear the Word of God, I decided to frequent a Church that was ninety nine percent White, with a Black Minister. He, his Family and mine were the one percent. That in itself was a Catalyst for failure. The young Minister was well Educated in Theology though he came from one of the poorest Countries in the World. Naturally he felt Empathy for the Downtrodden and the Disenfranchised. I have always felt that a Minister had the responsibility of not only preaching God’s Words, but also to address Social Ailments such as Racism.

The first Day he addressed the Subject on the Podium I knew that it was the beginning of the End. He was transferred to a Neighborhood that had more of his own Kind, so to Speak. I am not even going to Elaborate on how far up in the Echelons of that Tribe of Barbarians, who think that they are doing God’s Work, the indifference towards the Ten Commandments are practiced Religiously.  Another reason I withdraw my weekly financials contributions were, every Thursdays there were  weekly Socials to bring extra Revenue into the Church’s Coffer. Never once did I hear of feeding the Indigent ones with the leftovers. I guess they practiced what the Restaurant Managers Preach, ” Don’t encourage them to Loiter around your Place. Parting Words, We’ve got a kinder gentler Machine Gun Hand. Like the Man said, when you have Lived long enough to get to our Age, you have earned the Right to Speak your Mind. This Hypocrisy has gone on for too long with the World casting a Blind Eye and Deaf Ears. Today in the Courthouse where I work I had a Great Conversation with a young Black Sheriff Deputy. I told him that Respect should not be given or taken, it should be Earned by the way you do your Job and the way you Live your Life, he replied, thank you Sir. My deepest Respect to him for wanting to serve and Protect our Neighborhoods be they Black or white.