I was no more than fifteen when I told my Mother that I Believed that 95% of the People on this Earth was no Good. That was around the time that J.F.K. and M.L.K. left us. They set me Straight on how People are supposed to Live. My Mother’s reply was ” Then it was your endeavor to seek out and find those five Percent”. I still can’t figure out where she got her Wisdom from. At this point in my Life I have surpassed that five Percent. Many times I ask God why did he saved my Life so many times. For instance the time the Garbage Truck was heading to the Dump. Twelve years old on a Mission to Die, I chased it down and jump on the back of it. The Driver saw me and decided to shake me off. He took the Turn wide then cut sharp, I rolled fifteen feet, the near Death Exposure was a Rush, I got up and walked away.

Fifty five years later the only Scar I received I wear it like an Emblem of my Stupidity. He saved my Life to tell that there are Great people out there and they should be Sought out.

In this Life I was always fortunate to have Known some Great People. John Gutfreund was one, I will forever be dropping his Name, he was an Influencer. Regardless of his Stature he was first a Human Being and a Humble Man with Millions. His Money didn’t make him act like he was Special and looked down on anyone, including me. Then there was Mrs P, I met her while living in Pennsylvania. She was a Third Generation Polish Woman who’s Family Members were Diamond Retailers. She Married a Black Man who supported his Family well enough.

They had three Children, two Boys who shadows their Father, the Girl took her Mother’s Complexion, sixty five Percent yet she was considered Black. She knew different she wasn’t White and she wasn’t Black. She was a Human Being, Grateful for Life in any Skin. We were great Friends, Her Husband was fourth Generation Polish American we also were Friends. Nonetheless he had underlying Hate. I have no idea what his problems were, Hitler stomped all over his People. Persecution been around before Jesus, it will never end, that’s just the way Humans are. If you know your History you walk with Pride and Humility. One Day while traveling to the Jobsite with the Boss who was a Die Hard Hater, The Radio was set on The Howard Stern Show.

One of his Guests made a Comment that Black People were incapable of taking Care of themselves and maybe they were better off in Slavery. He was an Idiot and whoever listened were the same. They both cracked up with Hilarious laughter they showed their true Colors and their Insensitivity. So you see I have been Fortunate to have Known the Good the Bad and the Ugly Americans. Yet I keep searching for the five Percent. I never let the Mass put a Damper on my search for Cool People who just wanted to get along with each other. Years later I moved to Florida into a Gated Community That had never seen a Black Resident before me. Nevertheless you could not tell by the way they treated me with Fellowship and Respect. Many of us became good Friends we visited each other’s Home and Socialized.

This was a Community of five Percenters and proud of it. Today I see People gearing up to start a Civil War, not realizing that we can’t afford to tear it down. It cost Taxpayers Dollars to rebuild  Burnt out Storefronts. Revolutions are never free or Bloodless. Instead we should stand in the place where we Live and treat our Neighbors how we would like to be treated. Division is preached from the Highest Podiums with disregard for Peace and Tranquility. A Great American Statesman once said that Tyrants keep the People Ignorant with Disinformation. That’s how they stay in Power. As the Song goes” Ebony and Ivory living together in perfect Harmony” M.L.K’s Dream. Welcome to the New Order of five Percentages. One cold Winter’s Day that lives in my Heart keeps me Grounded and Focused. 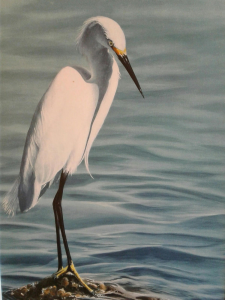 Living in the North I learned to deal with cold Weather. Walking in Downtown Clearwater, surrounded by a Wealth of Scientology Buildings, I noticed an Indignant Woman shivering. I was wearing a Brand New Hoodie, I took it off and gave it to her. She didn’t say a Word but I know that our Hearts touched. A piece of Scripture flashed through my Head, ” I came to you dressed as a Beggar and you turned me away”. Two Days ago twelve at Night I am at the Service Station, a young Man in his twenties asked me for help. I didn’t know his Circumstances so I gave him enough to eat something. The Color of their Skin was of no Relevance, I am not a Sucker, I am my Brother’s Keeper, be he Black Yellow or White. I am so Glad that I never forgot my Flower Children Culture. You can say what you want about Hippies but they had the right Idea, Love the one you’re with. It’s a small World we are living in, you’re not alone, your Children are watching.