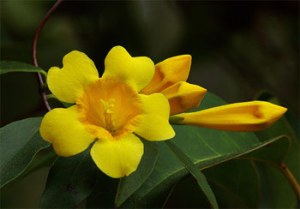 When I was younger it didn’t matter wheather I see any of my old friends who drifted out of my Life without a Postcard with a forwarding Address. Sad but true, it’s the same with Family Members. Now that I am all grown up and have made it my Business to be Educated and Enlightened in the subject of Life, People and Social Structures, I miss them. The reason for that is I would like them to see how well I have Bloomed and is at Peace with my World even with all it’s Ills and letdowns, from Politics to Religion and all the Sociological disorders. This is why I miss them, they are not around me to see how Aloft I am from those who Rejects Values, and Bloomed into a Flower, transforming into a Butterfly and not remaining a Caterpillar. I don’t hate, I don’t Blame or expect anything from Society or them who have abandoned and Deserted me for no good reasons. Lets not forget that Judas was a Disciple of Jesus.

That is the Motivation for this Blog, Sweet and Sour, because that is exactly how People are. Some of them wants to use you, some of them wants to be used by you, Sweet Dreams are made of these. Thank you Fleetwood Mac, I couldn’t have said it better, but that’s exactly how they are. Way beyond Sibling Rivalry, Brothers and Sisters dumping Dirt on you and you are not even Dead yet, all because of Ignorance and Idiocryncies. And that is the difference between them and myself, there is nothing Petty about me I am willing to die for my Convictions like Saint Valentine or Jesus refusing to Renounce their Faith. That is the Person that Age have made me, someone willing to Bury the Hatchet and not in your Back, being able to move on with my Life no matter what, capable of Forgiveness without Forgetfulness.

That is why I miss them to show off my Bodaciousness and how Magnanimous of Life I Have become, while they Languish in Mediocrity and smallmindedness. People I have known since twelve years old we lived like Family we shared Meals along with our secrets and Dreams, we grew up together and drifted apart vanished from each other’s Lives. That’s not how People should live, then one Day they show up at a Funeral acting like they cared about the Diseased one. That is the heights of Hypocrisy and that is the Crux of the Separation, Hypocrisy rules our lives, like Tom Petty said, it’s alright if you love me it’s ok if you don’t. Its as if Caren Carpenter read my Heart when she sang ” So far away dose’nt anybody stay in one Place anymore, it would be so nice to see your face at my Door”.

Life is so short and untimely it does us well to Savor each other, while we still can,Tomorrow we could be hearing  Eulogies. Years ago in a Sociology Class we discussed the twentieth Century as being a throw away Society, back then I considered the Ideology as Idle talking. And it shall come to pass, our Automobiles are replaced as regularly as our Androids and so too are Friends and Family. Granted, there are People in our Lives that we should distance ourselves from, People who drags you down instead of lifting you up. My best friend in High School was one, he didn’t have a Mind of his own.He didn’t know that a Black Man joining the Revolutionary Guard, the Protective Element of the Black Panther Party, was signing his own Death Warrant.

In the year 1972 J. Edgar Hoover and his FBI had Declared War and open Season on the Militant Group. Yet my Best friend allowed them to talk him into Joining the Group and bringing me along. On that Fateful day of going to the Induction, my Mother being Instinctive told me that If I did what she thought I was going to do, I would be Homeless. The Safe House  where we were to have the Meeting was a Bomb Factory, two hours before our Meeting the House blew up killing two. My Mother never liked him from Day one and always told me to watch myself around him. Naturally there are some Associations made in Hell, but the good ones should not be busted up for no good reasons, they should last your lifetime, because after all we are all we’ve got. In the end we go to each other’s Funerals shedding Crocodile Tears, like the Hypocrites we truly are.

The more I Reminis the more Depressing they are to me. I still can’t believe that I know not of my little Buddy’s whereabouts, the Catholic Schoolboy that started me smoking Weed at fourteen, he was only twelve but more Worldly than I. He Introduced me to Stanley Clark, Chic Corea and Tito Puente. Can you Imagine being Educated by a twelve year old. He told me Stories of Molestation in his School and the Impending Scandal in 1968 and forty years later Bishops are going to Prison for crimes they have been committing for forty years with Impunity. Junior I miss you, Junior is what I called him, he called me Pope. Two years before I met Junior I had another best Buddy Charlie was a Genius and a Saint. I on the other hand was too busy being Bad to walk in Charlie’s footprints, he was a Scholar. One Day while indoctrinating him in being Bad I almost got us both Killed. I was twelve years old dismantling Shotgun Shells when I decided to Bury one exposing the Cap and striking it with a Hammer. Twelve years later he moved to California and that was the last I seen or heard of my good Friend. I guess that is what being Californiacated does to Relationships. No Doubt in my Mind that he became Successful and thought he had outgrown me. My question is what good is being Successful and Dying like Howard Hughes, alone and in Despair. The Day I ceased to Rise I know I will hear Tupac’s voice ” How long will they mourn me”, or will they?. My Life is a Beacon for Relationships, I have been Faithful to the same Woman for forty years. I am sixty seven years old and fairly Healthy, nonetheless I know that I am walking my last Mile. ” Good company in a Journey makes the way shorter” –  Izaak Walton.