Looking out the window into my Backyard I see a regular Visitor, my Neighbor’s Cat. This Cat is a Pure Bred pampered Pet, yet every opportunity he gets he scours the Neighbourhood, and that is what motivated me writing this Blog about how some Children are just like my Neighbor’s Cat. Their Parents give Birth to them and that is the extent of their obligations. They give no supervision and are allowed to run wild, just like stray Cats. When I lived in the Hood called Bronx U.S.A. forty five years ago, it was a learning Experience about Raising Children. They say you only live once, well I have been around the Block and I don’t like what I have seen. I didn’t have to leave my Building, six Stories tall to see a thirteen years old Girl running the Building into the Ground, breaking the Elevator defacing the Walls and being chased by Boys all Day long up and down the Stairs.

I can’t remember ever  seeing her going to School, her Mother did not intercede, she was too busy making more Babies. From the Litter of stray Cats she called her Children , it Appears that Mother has been busy as early as sixteen years old. That’s why the thirteen years old Daughter is the way she is, she is practicing to be  just like Mom. Life on my Block is a Dismal cycle of Recipients, it seems that this is a Circle not to be Broken. Little Brother is only Ten but he is getting a good Education living in the Bowels of Life, watching the many Men he calls uncle showing up at the Door at any given Hour when a working Man Toils. Having to vacate the Apartment so frequently so Momma can Entertain his Uncles. Hanging around the Block he is Learning how the Streets work and how to work the Streets. Now he moves up to more fertile Grounds, the Shopping Malls are easy Pickings.

Working the Parking Lot checking every Vehicle for open Doors is very profitable. Almost fifteen and he can support himself, who needs Mom and all the Uncles. Trading off stuff removed from un-locked Cars for Plastic Baggies will make him Rich before his first day in High School. Anyway who needs School, his Sister apparently don’t which is good enough for him. Besides he can Read the writings that he puts on the many Walls. He is now attracting the attention of the Gang Bangers who control the Block. They are teaching him how to Drive the Cars taken from Lots in the wee Hours of Sunday Mornings. Occasionally he visits Teddy in the Cemetery, Ted was part of the Click who stole Cars and Raced them through City Streets at speeds over 100, only Fifteen.

Teddy Died in a Fiery Crash, playing Tag at 100 M.P.H. five A.M Sunday Morning, did I mention Supervision. In many of my Blogs I am repetitive of the fact that having Children should be a life changing Experience. But then I ask myself how can you tell me how to cook when you can’t Boil an Egg, it is what it is, you were Dragged up so how can you Raise a Child to be a good Citizen who is a Contribution to Society and not a Burden. All stray Cats do is wallow in filth and Garbage and make Babies that they are incapable of Nurturing. I believe that the Bible mentioned Children having Children, the Outcome is Catastrophic. Working in the Justice System I see them everyday, the area where the Folders of Juveniles Delinquents are stored measures ten thousand square feet, on Shelves five feet tall.

There is a War on Drugs but no War on Ignorance and Illiteracy. There is no other explanations for People living in the Bowels of Life, other than the inheritance of Ignorance. The Apple don’t fall far from the Tree. I grew up in the Bronx no One can tell me about Hood Life, when I was seventeen I saw a Mother Pitted her two Children eight and ten years old in a fierce fight. They were both advanced Karate Students, the Girl ten years old was instructed to Discipline her Brother for Disobeying the Mother. The Boy fought his Heart out but he was no Match for the Brown Belt. The only thing she didn’t do was to Kick his Brain out of the Cranium. How is that for creating Hatered among Siblings. That’s another Bronx Tale for you, an unfit Psycho raising two future problems for Society. 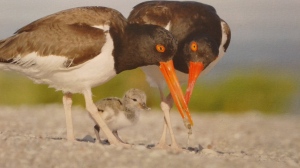 It’s no wonder I find it so easy to write Blogs about Parenting, been there done that and seen that. Another horrible experience of Parenting, while sitting at the Kitchen Table having a conversation with a childhood friend, her six years old Son sat next to her. After numerous attempts to get her attention, totally frustrated he hauled off and slapped her Face Red. I wonder if that was from watching his Dad, anyway she lost it, she slapped his Head so many times it was like playing Tennis with two Rackets. That’s not how it’s done, she made no attempt to find the Root Cause and to Cure the Aberration of hitting Women. It was like Cats in the cradle all over again, I wanna be just like you Dad. These Eyes have seen so many bad examples of poor Parenting and Delinquencies that I am Compelled to Recount them.

I have said it over and again, Parenting is the most Difficult Job in the World, if you are not up to the Task you shouldn’t have Children. I was an Abominable Child but my Mother never gave up on me. She was Resolute about not Raising Stray Cats. This problem isn’t Isolated to the U.S in Venezuela they have twelve year old Hitmen, Crime is Rampant Children loose their Lives Daily in Gang Warfare, where are the Parents. I am a Music Buff I listen to all kinds of Music even Rap. A young Mind is like a Sponge, Rap Music has done it’s best to Personify Hood Life, yet there are Merits. Pac said it Best ” Brenda is having a Baby, the Girl can barely spell her Name”. All I can say about this Abomination is, Hail Mary.