Fell Asleep At The Wheel

Several Months ago I wrote a Blog about Inept People in the workplace that Blog is still pending. Over the past couple of Months I have been following the Story about Nikolas Cruz, he is a young Man with a Troubled past who had sent his Guardians, his friends, his School and the world messages, even on Facebook that he was a stick of Dynamite waiting to Blow. No one read the Signals, one Day the Powder keg Blew. On February 14 2018 Cruz went to School carrying what was visibly a Rifle Bag, I am just about certain that the School Monitor told Authorities that he saw the Bag and identified it as a Rifle Bag. The Monitor’s failure to approach Cruz and ask him to open the Bag was just one Fatal piece of the series of ineptness of all involved, that allowed Cruz to carry out an Act of Terrorism on his fellow Classmates and Faculty members. 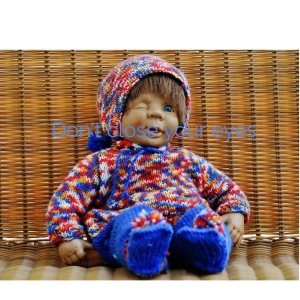 The Troubled Youth went inside Majory Stoneman Douglas High School and Killed seventeen of his fellow Students and Staff Members, he also injured seventeen others. While the Massacres unfolded there was an Armed Sheriff Deputy on the Campus Grounds that made no attempt to enter the Building to minimize the Carnage. Did I mention Ineptness and Cowardness, at twelve years old I was a Man of action. One Day while playing in the Schoolyard one of my Classmates fell on a broken Bottle severing his Wrist 90%. My fellow Classmates gathered panick strickened and watched his Life flowing away from his Body, I immediately jumped into action taking off my Belt making a Tourniquet, applying it to his Forearm tightening and Loosening it until the Ambulance came.

The Medics told me that I saved his Life. That’s who I have been all my Life, someone who could spot Danger and wasn’t afraid to jump right into a Dangerous situation to save Lives. All the People involved in the Majory Stoneman Massacre kept a Hands off Stance. His close friends knew he had access to Dangerous Weapons while Harboring  bad Temperaments towards his fellow Classmates, the only Parity to be drawn is ” Friends don’t let Friends Drive Drunk” no one lift a Finger to Alert Authorities of the Ticking Time Bomb. The School also fell asleep at the Wheel, there were numerous Documents of Antisocial Behaviour and of fighting and Threatening, even on Facebook.

The Warning Signals were Louder than 100 Kids in the Hallways, yet no one heard, did I mention Ineptness, if you have a Child that enjoys Torturing and Killing Lizards and small Animals “Ding Dong” is there someone at the Door, na just my imagination. Cruz have been acting out for a Long time, his Guardian slept the entire Trip, so did his Friends The School, the School Monitor and the Deputy on Duty. In many of my Blogs I have stated that there are many People  who are Parents and Guardians that should  not be allowed to care for Dogs and Cats. In one of my earlier Blogs Titled Fatherless Homes it is Documented that 90% of Social upheavals comes from these Homes I have said it over and again, putting a Roof over their Heads and food on the Table is not all there is to Parenting.

I’m somewhat of an Authority on Problematic Teens, at fourteen I smoked Weed and drank Beer regularly. Many Nights my Mother worked overtime and she got Home before I did, stumbling in after a hard Day of Partying, one morning I came stumbling in five A.M. peeping out of three Eyes. I took years off that poor woman’s life, can you imagine working all Day, coming Home and not seeing your sixteen years old child for almost twenty four Hours. My Mother was a Caring Loving Person she never once abused any of her Children, that Day I had pushed her to her Limits. She stayed up all Night to Exercise the little Minion called Me, if I ever returned.

She Lay waited me behind the Door with a Broomstick and dropped me to my Knees, that was the last time I tried to Undermine her, that Assault Taught me that Laws weren’t made to be broken by some dumb Kid on a Runaway Train. If the Courts had gotten whiff of her trying to Crippled me, she would have been in Jail and I would have been free to Run Amok on Society. I gave that Woman Insomnia, she never once fell asleep at the Wheel. Today fifty years later I am still thankful for her taking control and being the Responsible Party. Every Day I awake I give God thanks for giving me a Vigilant Parent who refused to sleep. The People that I was Partying with were Devious People, all the while me thinking they were cool Adults allowing a Kid to hang with them.

They had ulterior Motives, they were Grooming me to sell their products. Mother didn’t fall asleep at the Wheel, she didn’t know the who, what, where and why but she knew something was wrong. Today I am here to tell Parents of Problematic Teens don’t go to sleep. Mother told me a Story fifty years ago, up to Today I still think that she was pulling my Leg. She said there once was a young Man awaiting Execution, his Mother came to say goodbye, he called her close to the Bars as if to whisper in her Ear. To the Mother’s surprise he Bit her Ear off telling her” that’s for not telling me that I couldn’t get away with Murder” true or false I got the Message.

1 thought on “Fell Asleep At The Wheel”