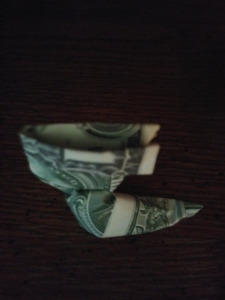 My Cousin Constance was a Great Seamstress and Designer, there is no Doubt in my mind that if she had lived long enough she would have been Branded. My Mother noticed that I had a Flair for Fashion so at eighteen she sent me to live with Connie when I squeaked through High School with no intention of going on to College. She wanted me to learn Fashion Design. It was there that I met a Man in her fitting Room that Shaped the rest of my Life. He was a Pioneer in Electronic Goods, one of the Founders of Radio Shack, his Net worth at that time was five Hundred Million. Other than John Gotfreund he was the most unpretentious Person That I have met in my Life.

Sure I was impressed sitting in the same Room conversing with someone of his Stature for over two Hours, he was well Versed in Matters of the World. We spoke about Politics, Religion, Money and Parenting. On Politics he quoted Twain ” always support your Country,  your Government only when it deserved it” he warned me of Nixon’s Downfall before Watergate, because he was unscrupulous. The Man was a Visionary and a Teacher he Bombarded my Mind with Quotations and Knowledge.  He told me that a Person’s greatest Assets weren’t a Head full of Knowledge, but a Heart full of Love an Ear ready to Listen and a Hand willing to help others, he also said that Money was only a Tool to do good things and not to Worship it.

He was a Man of his word, when his two Sons graduated College instead of making them Vice-presidents and giving them offices on the twenty six floor in his Conglomerate, he started them at the Bottom. He gave them Jobs working in his Road Construction Company Laying Blacktop in Texas 115 Degrees Weather. I was startled by that information, I thought to be Cruel and unjust to do to College Educated Men, I questioned why. His response I didn’t want them to develop Rock Star’s Mentality and Pissed my hard work away, also to teach them the value of a Dollar. I was blown away with his Parenting Skills, he said that most Men can stand Adversity but if you want to test a Man’s Character give him Power, out of the Mouth of Lincoln.

Talking with this Man for two Hours was the equivalent to writing the Thesis on how to live the rest of my Life. Things didn’t workout with my Cousin,  I returned to New York only to be bombarded with offers from Criminal elements, at twenty one I turned down an offer to make five thousand Dollars a week working for Organized Crime. How many kids from the Bronx could resist an offer like that,  six months before I went to Texas I would have taken the offer.

Two years earlier I introduced my cousin to a Man, working for him my Cousin became very Wealthy, caught five Bullets and did fifteen years in Prison. With all the advice of how to live and not to Worship Money, today I am alive and never spent one Day in Prison telling young Wannabes that Money isn’t everything. Today I work in a Justice System I see fourteen years old coming to Court and getting Remanded, not going home for a long time. At fourteen I had Connections that made local Drug Dealers envious of a Kid. Drug Dealers have always targeted Juveniles to do their Bidding. In Venezuela kids as young as twelve years old are Hitmen and Gang Members chasing the Buck. Many Days I sit in the Hallways of the Courthouse and ponder what can I do to make an impact on just one of these young people who are being inducted into the System. A week ago I got my answer, Emanuel Donaldson popped on my Website, he was Arrested for committing four Murders in Tampa. I wrote a Blog titled Knowing the Signs where I mentioned him, that means that young Men in Prison are taking a look at my Life, knowing that they are a lot like I was. Only difference is I made the right choices and was rewarded with my Freedom. To all you young People under Lockdown let this Blog be the Compass to the rest of your life, living Pac’s Life is short lived, all the Money he made will be spent by by others who probably was involved in his Demise. Once again let me tell you Money is only a Tool it’s not worth Dying for. Over the years I became a firm Believer that there are no chance meetings and that Devine Intervention do exist. Parting Words, do not teach your Kids to Worship Money.

You can hire someone to drive a car for you, make money for you – but you can not rent someone to carry your disease for you. One can find material things, but there is one thing that can not be found when it is lost – “life”.

Treat yourself well, and cherish others. As we get older we are smarter, and we slowly realize that the watch is worth $ 30 or $ 300 – both of which show the same time.

Your true inner happiness does not come from the material things of this world. Whether you’re flying first class, or economy class – if the plane crashes, you crash with it.

So, I hope you understand that when you have friends or someone to talk to – this is true happiness!

1. Do not educate your children to be rich. Educate them to be happy. – So when they grow up they will know the value of things, not the price.

2. Eat your food as medicine, otherwise you will need to eat your medicine as food.

3. Whoever loves you will never leave you, even if he has 100 reasons to give up. He will always find one reason to hold on.

4. There is a big difference between being human and human being.

The six best doctors in the world.

Keep them in all stages of life and enjoy a healthy life.

“Love the people God sent you, one day he’ll need them back.”