One of the hardest Job that I have ever taken on is the Job of being Polite, because Rude People works hard at stealing the Joy. My Mother was very skilled in the Art of being Polite, to the point of taking the Blame to keep the Family ❤ together, now that’s taking it to the next level. The Reason I love Jesus is because I am Humbled by Him not defending Himself and choosing to Die for the Betterment of Mankind. Christianity Teaches turning the other Cheek. Mother done well and Jesus got my Attention. Though I could never aspire to walk in their Shoes. But Why do I have to Smile when you are using Sandpaper to Rub me wrong, while I go out of my Way to keep the Peace, I know that no good comes from the Escalation of Hostilities but War, on any Front, including Home or work War is no good. Yet I am to stay Calm and ignore the Hostilities and😃 smile. 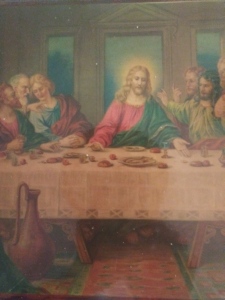 This Business of being Polite carries the Coat of  Sainthood . They step on your Pride and say they didn’t mean it, they Lie under Oath, yet I am to be Civilized and be the Bigger Man when Someone needs a Foot up their Ass. Once Working for a Huge Hospitality Corporation where the test for my Job was to pick something from their Refrigerator and cook it in front of them to their taste, for the GM and Head Chef to sample. I was Hired on the Spot, a couple of Months later the Sous Chef went home didn’t tell me that there were a large amount of Food in the Oven,  left overnight there was the possibility of  starting Fire. I reported to work the following Day to be met outside the Privacy of the Kitchen by The General Manager yelling that I left Food in the Oven Overnight, that was Burnt to a Crisp.

Nothing I could say to convince her that it was not my Bad, she didn’t want to hear the Preverbial. If I am not mistaken she even told me to shut up when I tried to explain. Totally frustrated that I was going to be the Scape Goat, against all my good Christian upbringing, I lashed back at Her I told Her that if she was a Man that I would have put my foot in her Ass. I started walking to the Locker Room she followed constantly asking me what did I say, ignoring her I cleaned out my locker, I guess she didn’t realize that those words ment that I Quit, coming down from her high Horse she asked me who was going to cover my shift, I handed her my Apron.

It’s a shame the way people act when you give them a Title and a Position not realizing that if you are the Captain of a Canoe you need someone to man the Oars, otherwise you are going nowhere. In other words you can be the CEO of a fortune 500 company, without quality Help you are just a Poppycock. It’s the same as a President who can’t work with Congress, noting gets accomplished except Filibustering. All of this Superiority Attitude comes from not teaching your Kids Humility, don’t forget that Jesus washed his Disciples Feet to teach them Humility. I guess that if you don’t believe in Jesus then you can’t walk in his footsteps.

When I worked for Salomon Brothers John Gotfreund yearly salary was 12 million with another 12 in Bonus yet he treated me like I was an important component to the success of the Company. With all his Millions he was one of the humblist people that I have ever met. On the other hand I have worked for  Midget Brains who never earned 1 percent of John’s salary that tried to walk all over me before I tell them what to do with their Job. It’s very hard being a good Christian in a world filled with People who think that theirs do not Stink. In conclusion no matter how far you make it in this World don’t forget that Jesus got down on his hands and knees to teach his Disciples Humility, so who am I not to be Humbled.