it is seven AM the day after Irma visited the tranquility of my Sanctuary called Home. The appearance of daybreak was bleak as late Dusk. Nonetheless I said a silent Prayer, giving God thanks for doing his thing of man-handling and controlling his atmosphere. The damage done in the southern hemisphere was catastrophic for many Islanders, the lost of lives due to the Havoc laid by a category five monster Hurricane was condolencing. For many days I was apprehensive as to weather I made a mistake of not evacuating further North to safer ground. On the other hand the  me of years ago who lived the life of Tom Sawyer didn’t have the slightest intent of leaving and missing the greatest adventure of my life.

Moving from the Sanctuary of the Pocono mountains to the Flatlands of Florida was a willing choice four years ago. I could hear Tom’s voice as he Rafted the mighty Mississippi “you have lived all these years and have never experienced the life and death Rush of a Hurricane, now you are going to evacuate ” the twelve year old in me said you are in it for the Ride. My only concern was that of my Wife, I would not have made the decision to ride out the Storm if she wanted to leave. She had no intention of leaving, her reason far aloft of mine. Her reason  was you can’t circumnavigate the will of God. Her unshakable Faith was a Revelation for me 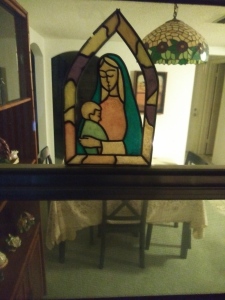 In my Community all the Homes are twenty two years old built to storm specifications, which gave most of my neighbors a feeling of false security, their preparation was miniscule. Not me , after following their lead for days, I finally decided to at least take minimal precautions. I spent an hour travelling to all the fair weather big names  Commercial outlets to find them all closed the day before the event. Lowes was the only one open to assist their faithful customers in their hour of need. Supplies had dwindled,  what was left was only of use to someone with MacGyver’s mentality, I took what was left,  went home and put my neighbors to shame with ingenuity. I prepared for the worst making the House airtight and waterproof. 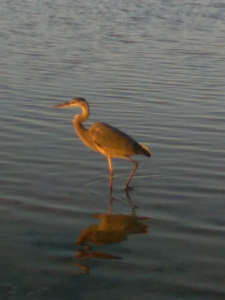 When  Irma  made landfall one hundred and fifty miles from me it had sustained winds of one hundred and twenty MPH and a category four. Not the same as it was over Cuba, nonetheless enough to vanquish trees and Buildings. Before the crest the wind was fierce with sheeting Rain. Something I witnessed, with lasting memory, Lightening turning the Sky a perfect Turquoise Hue. I can still hear the song my wife kept singing all day long, God will take care of you. by the time it got to Tampa which was lined up to the Eye, it had withered to a category two. The song had given tranquility to my adventurous anticipation, I slept like a Baby when it passed over Tampa. my wife kept vigil.

1 thought on “Over Tampa”